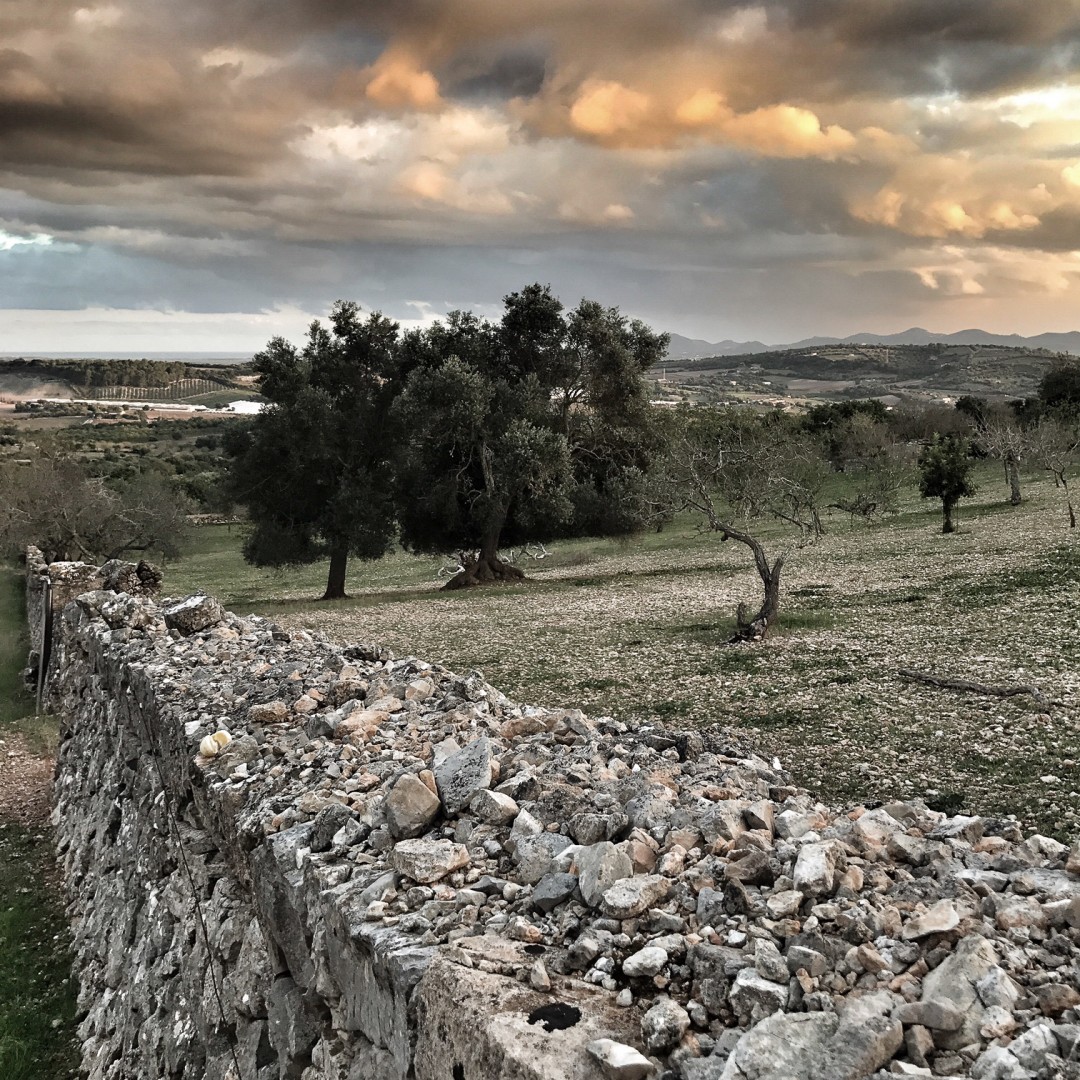 Disappointed and disillusioned with 2 bullies in 42 degree's heat that demanded ice cream NOW, we drove into Manacor. The city is located in the middle of Mallorca and is the second largest city but nobody knows where it is located. We dubbed our first best ice cream venue and therefore ended up on the outskirts of Manacor's center. No more planned items to watch and with Italy as the next target when we gave up Mallorca, we stopped outside a local broker's shop window. All the ads were Spanish and we went the most when we saw that there was a beauty sofa and air-conditioning.

To describe the middle of Mallorca, I have to say that to me it is the most beautiful part. The heart, the hub. Where life continues and nature is magically sweeping like a savannah. The first time I went to the north east, it felt like a group of giraffes could pop up behind any turn. I love the middle of Mallorca.

After a while wait with ice cream drop in the white leather sofa. various toilet visits and general frustration, a Spanish broker took care of us. None of us can speak more than Spanish. We pointed to the map in the area where we used to be and watched the pig-expensive object from Mallorca party 3 (when I was so close to being criminal) and the broker nodded on his head and said say say. We went for this named broker without actually knowing what we were looking at more than saying that. And there it was. After much uphill we had actually reached the neighbor mountain to the wet dream house. Just that this was on the mountain and not in a swell below the mountain. But there was no house. It was a plot - or a field of 4 hectares. As I left the car, I felt an incredible calm spread throughout the body. Each place breathed this place. Here I would be. My husband felt the same. We communicated this in some way to the broker. My husband is as I have already said a social nature gift and is so easily both loved and understood (opposites are drawn to each other saying that) and a somewhat English speaking colleague was obtained. We found out that there was no building permit on the plot but that we could be linked with a local architect who could help us with that. In any way, after all of its mishaps and misleading brokers, I gained confidence in these people. Maybe stomach feeling again. The land had no ocher price and the brokers had a common view of this if I say so. Their customers were local Mallorca living who would build houses simply.

As this was the last day in Mallorca for this time, we went home in the belief that this would be a simple quick deal. Never think if you are buying something on Mallorca.

Contact was taken with the architect who showed that having the wonderful ability to respond both day and night within 10 minutes to my questions. It turned out when we saw IRL that he was as much letter child as me and we found each other directly through cyber space. Building permits would not be a problem in the area but we had to expect it took time. Time was a problem for me only I had to spend my old age there on that mountain. So negotiations began with the seller. 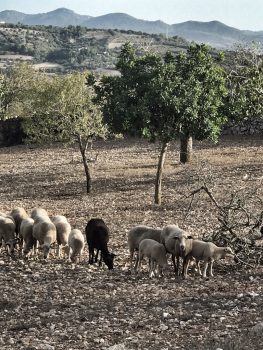 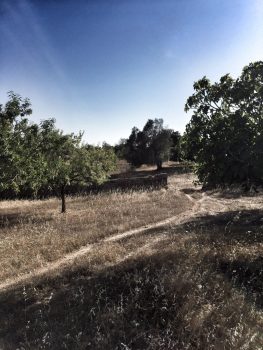 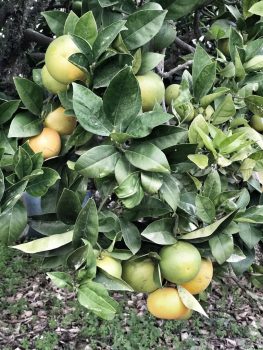 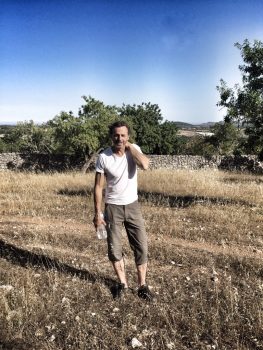 That's when we after the so-shining glittering start we discovered again that we were still in Mallorca. The seller found out that there were EXTRANS that were interested in their land and increased immediately. Our wonderful broker thought this was freaky and we had an interesting communication for a couple of weeks while my stomach was in a state of dissolution and I swallowed between absolute luck and absolute accident for 3 weeks (I have no middle position). You know when you're so close to getting something you really want but not getting it. You just want to have it even more.

The seller turned out to be a 93-year-old, true, weathery old man who still harvested his almonds in the trees, refusing to go as far as Palma, for there he had only been once and there was nothing to sigh after. We finally agreed on a price between the old price and the foreigner's price.

The ground was ours !!! The old man refused to sign on a contract because he had never done anything and if he had said something, then it was. Both brokers and we were extremely frustrating but we were kindly paid down payment, booking travel etc. without having a piece of paper as proof of it all. Very exciting.

Time booked at NOTARIA (The place you go to make the real estate shop official. A place of books thick that bibles in a row by line. There is all the history of all houses in this case in the Manacor district)) and money was transferred to our newly opened account in Mallorca. The notary had to be in Manacor when the old man refused to go to Palma so attorney and interpreter would be transported to Mancor on the big day. What does not happen if you found his dream. All of this was planned without a signed contract.

The big day would soon be revealed and we found out that the guy refused to receive check. Cash would be. We sighed and explained that cash is NOT anymore but then the old man said that there would be no business. Money should look like money and no patch. The broker wiped her hair.

Banking in Mallorca was contacted and new knowledge was acquired. There was no problem getting this out for us huge sum in cash not. Just tell the day and we'll fix it. Yes, we said, thinking about how difficult it is to get more than a few 1000 pieces in our own card reign.

I love this old man. That privacy. But just then I was so frustrated that it froze from my ears.

With butterflies both in the stomach and the head flew down and the day before the big deal we went to the bank. Retrieved the sum in cash and went as criminals back to the car. I "slept" with the money under the pillow. Then it was finally time for the big day. Once upon a time with the lawyer and the interpreter, we went as if on needles if the little old man would appear or if there was something else important that had taken place this day. Mature peaches or so. But he came. Money was counted in one room and paper was written on another. Very carefully and accurately. We took a sigh of relief and the ground was ours. The broker was as happy as us.

On my way out, the old man came up and said in Spanish - it was funny this. Log as a sun he did and asked if he could keep harvesting his almonds on our soil. Absolutely, we said, probably he has tumbled off the ladder literally when we are so old that we have to start climbing in the trees.

In the evening we went up to the ground. Just sat. The whole stomach was calm. 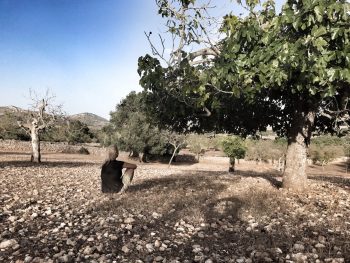 Up to the walls nicely 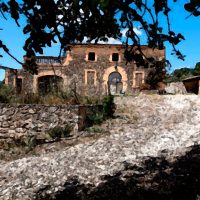 Mallorca party 2- Perhaps I would have been a follower.